To Bull or Not to Bull?

During the 8th century, bullfighting in Spain was introduced around 711 AD, and the tradition formed part of their then gladiator games. It was also morbidly known as the ‘funeral games’ usually always ending in a fight to the death.

Nowadays Spaniards don’t consider bullfighting a sport, but rather an ancient cultural art form, symbolizing a ‘dance of demise’ between human and beast.

Bullfight schedules are punctual, and strongly supported by an adrenalin-charged audience as 700 kilos of aggressive and bewildered beast charges into the arena.  Feisty Spanish women swoon at the dashing men, who proudly appear ‘dressed to kill’ in their bejewelled jackets and ultra-tight pants. It is believed their shocking pink stockings bring them good luck. 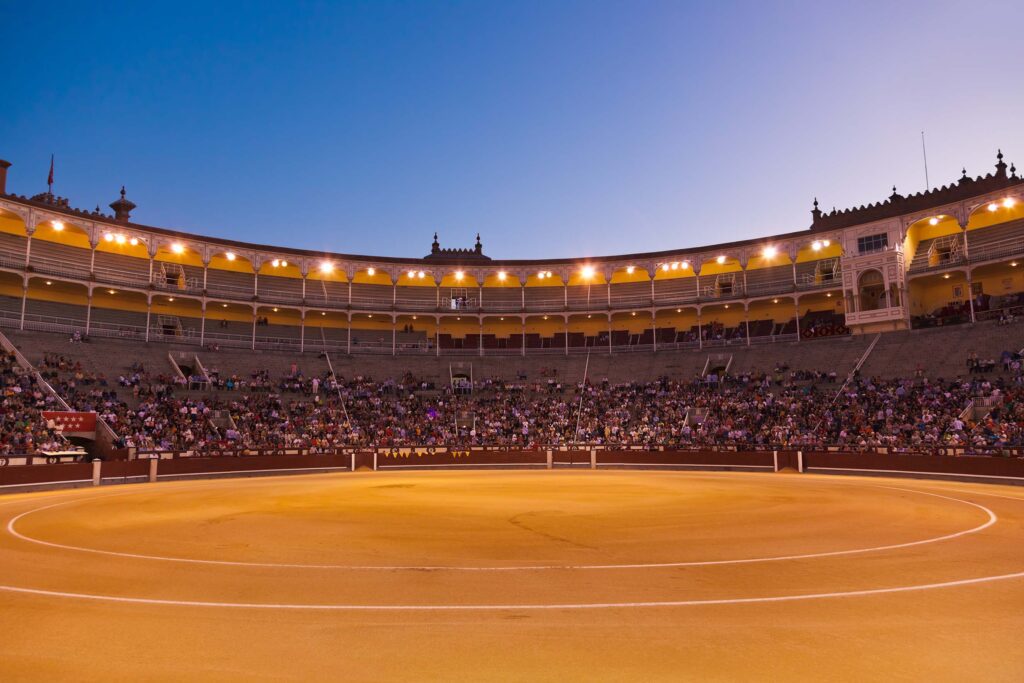 Armed with guts and usually ending with gore and glory, this emotional charge of man-versus-beast madness is a spectacle that is equally loved and hated. The art of prancing and strutting around the bull to ultimately slay it, is a culture that carries strict rules and regulations. Matadors need to endure years of training before they can master the act of taunting the chosen bulls.

Contrary to widespread belief, the colour red does not make bulls angry. Bulls are partially colour blind and unable to distinguish it from other hues, so they instinctively tend to follow the flutter of the flag. It can then only be surmised that this primary colour is used, due to its popularity in Spanish dance arts.

You’re not likely to see human blood spilled at a Spanish bullfight for, over the last 200 years, a mere handful of matadors have been killed. If a bull does kill a fighter, the next Matador comes into the arena to kill the bull, we assume to justify the loss.

Some protection for the profession remains, as it is still condoned by many Spaniards as being part of their heritage. Having a serious debate on this controversial issue is virtually impossible. The subject incites many conflicting emotions and is best avoided at all costs.

Although bullfighting still exists within certain areas of Spain, almost 60 percent of progressive Spaniards oppose the act and believe it has no place in the now European democracy, heritage or not. Some cities have outlawed the practice and it is banned in Catalonia, yet Madrid’s local government has apparently declared it a protected piece of the region’s cultural heritage.

If you find bullfighting intriguing, it continues to be scheduled regularly in the cities of Madrid, Malaga, and Seville.

The art of Bullfighting remains a longstanding tradition in Spain, and only time will tell whether it gets abolished completely or not.